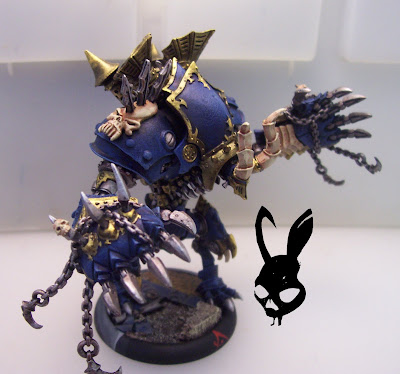 Ever since I started collecting Cryx, about a year ago, I've had Deathjack lumbering around without paint and unused. So, while I was working on a certain terminator librarian, I put some coats on the big fella too. 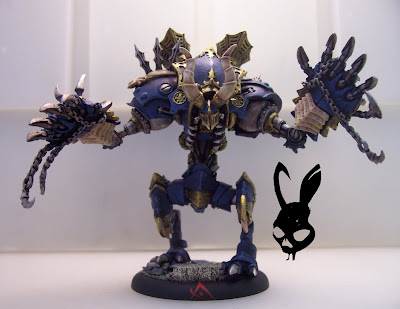 When I first built him, I made him bigger, and it looked to odd. A while ago I went back and did some cutting and re-gluing to reduce the proportions. Happy with the new size, he sat about for a while more. 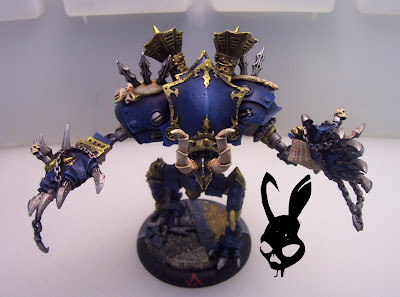 I stayed to a simple palette, like the rest of my helljacks but with a subtly different tone. 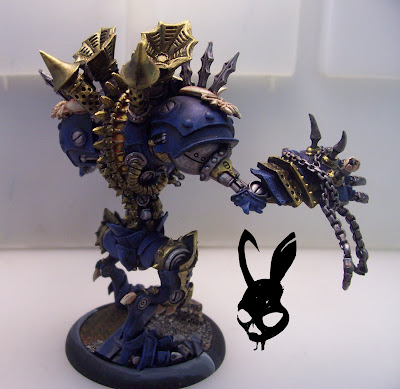 He was one hell of a heavy, spikey chunk of metal to paint, but surprisingly fast too. 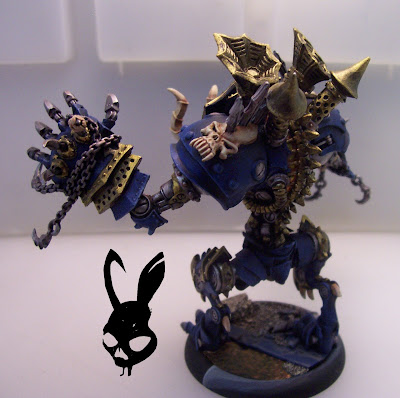 On the table he is a beast with a potential 5 focus, able to cast spells, take souls, regenerate, and the best helljack stats (so far). Completely worth 12 points. 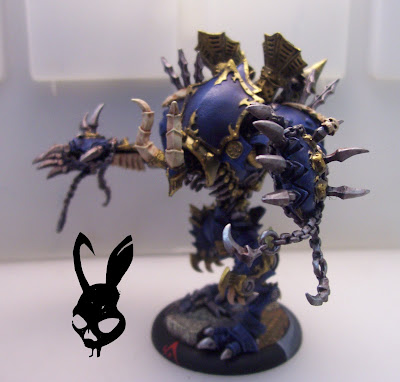 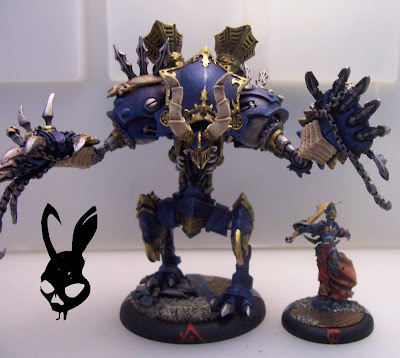 What's your secret to the gold as it's really impressive.

I love the gold, it's amazing.

What's the secret of your success?

Thats a great looking model. Very sharp looking paint job you have there.

I hated putting this thing together and pinning it when I built mine. I think i pierced my thumb three times. Equal parts blood and superglue I guess... Regardless, i got so tired I have put mine on old for painting for a long while, too.

Sorry for double post - I couldn't remember if I'd gushed and asked!